LoPSE is a group of people working on formal philosophy affiliated with the Chair of Logic, Philosophy of Science and Epistemology at the University of Gdansk. We organize weekly seminars and try to teach formal philosophy to unexpecting students.

Patryk Dziurosz-Serafinowicz works on the philosophy of probability, formal epistemology, philosophy of science, and the use of probabilistic methods in legal contexts. His current project concerns the pragmatic and epistemic value of learning. He obtained his PhD at the University of Groningen in 2016. More information here.

Pavel Janda works in (formal) epistemology specializing in the philosophy of statistics, probability and law, accuracy-first epistemology, decision theory, and economics (especially bounded rationality).  He received a PhD in philosophy from the University of Bristol in 2018. Website.

Alicja Kowalewska is an associate member of LoPSE. Her interests focus on formal epistemology and decision theory. She is curious about the applications of philosophical considerations, especially in legal and IT contexts. She studied computer science at Gdańsk University of Technology, worked in the field of machine learning (NLP), and pursues her PhD in Philosophy at Carnegie Mellon University.

Weronika Majek (BA in International Cultural Studies, major in Media and Cultural Management, MA in Criminology) is a professional reporter pursuing her PhD on the epistemological, ethical and legal problems that arise from the use of AI in the court of law. Connecting probabilistic issues with moral questions she examines the process of introducing algorithms into the legal world.

Pawel Pawlowski obtained his PhD in philosophy (specialization: logic) at Ghent University in Belgium in 2018, working on non-classical logics of informal provability. Currently, he pursues his own research project at LoPSE: Solving the paradoxes of naïve validity and informal provability through non-deterministic and truth-maker semantics funded by National Science Centre. He is also interested in truth theories and modal logics. More information here. 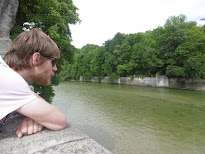 Rafal Urbaniak is interested in applications of formal (esp. probabilistic) methods to philosophical and social problems, such as those related to legal applications of probabilistic methods, algorithmic fairness and formal epistemology. His current research project pertains to the use of probabilistic methods in juridical fact-finding. He completed his PhD specializing in logic and philosophy of mathematics at the University of Calgary in 2008. Since then, he has been a postdoctoral fellow of the Research Foundation Flanders at the Centre for Logic and Philosophy of Science at Ghent University in Belgium, Long Room Hub Fellow at Trinity College Dublin, Visiting Research Fellow at Banaras Hindu University, and British Academy Fellow at Bristol University. He is now an Associate Professor and LoPSE Chair at the University of Gdansk. More details and papers are available here.